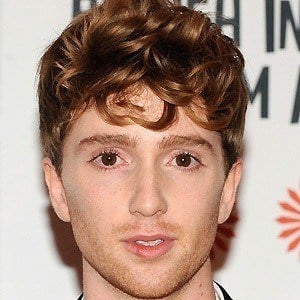 British actor who played Teddy Lupin in the 2011 film Harry Potter and the Deathly Hallows - Part 2. He also starred in the 2012 version of Anna Karenina. In 2013, he appeared in In the Flesh, Lightfields, Mrs. Biggs, and Frankenstein's Army.

He began acting professionally at age seven and later studied at Exeter College and trained at the Bristol Old Vic Theatre School.

He was cast in 2013 as the lead character in In The Flesh, a BBC Three television series.

He was born in Exeter, Devon, England. He has two older sisters.

He appeared on-screen with actress Helena Bonham Carter in The Heart of Me when he was eleven years old.

Luke Newberry Is A Member Of

Anna Karenina
From Darkness
The Legend of Hercules
31 Year Olds