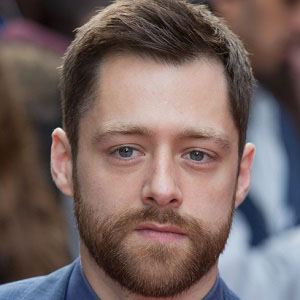 Most well known for his work on the Scottish television sketch comedy program Burnistoun and for his portrayal of Captain Thomas Gillan on the BBC One historical series The Crimson Field, Rankin is also notable for his recurring roles on The Syndicate and American Odyssey.

After attending Langside College in Glasgow, Scotland, he made his television acting debut in a 2006 episode of VideoGaiden.

Born Richard Harris, he is more widely known by his stage name of Richard Rankin (Rankin being his mother's maiden name). He and his brother and fellow television actor, Colin Harris, were raised in Rutherglen, Scotland.

In 2010, he appeared with Alex Norton in an episode of the crime series Taggart.

Richard Rankin Is A Member Of