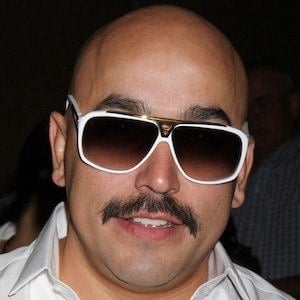 Mexican singer-songwriter best known internationally for his album Despreciado, which peaked at #1 on the US Billboard Top Latin Albums chart. He has won multiple Premios lo Nuestro awards for his work.

He graduated from Long Beach Polytechnic High School in 1990 and originally wanted to be a restaurant owner.

He once honored the request of a Marine who wanted him to sing at his funeral should he die in Iraq.

His older sister Jenni Rivera was a well-known singer and actress. His other sister Rosie Rivera is a reality star. He also has three brothers. In 2006, he married Mayeli Alonso and they separated in 2018. He had two children with her and four others with his first wife María Gorola.

In summer 2019, he got a tattoo of singer Belinda's face on his left bicep. He and Belinda were dating at the time.

Lupillo Rivera Is A Member Of