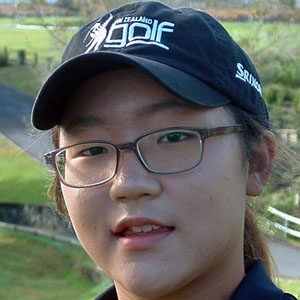 World's youngest LPGA tour winner who took the Women's Open at Ienbee Park, Canada, at 15 years of age. In February 2015, she became the number one ranked professional golfer of either gender at 17 years old.

She began playing golf when she was 5 years old.

The glove she wore in the final round at Ienbee Park is displayed at the World Golf Hall of Fame. At 18, she became the youngest woman to win a major championship.

Born in South Korea, she moved with her family to New Zealand when she was 6. Her parents are Hyeon Bong-sook and Ko Gil-hong.

Hollis Stacy, the LPGA Hall of Fame player, also was one of the top amateur golfers in the world in her early career.

Lydia Ko Is A Member Of