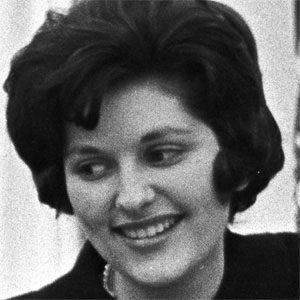 Washington, D.C. native most famous as the daughter of former U.S. President Lyndon B. Johnson. She was the First Lady of Virginia from 1982 to 1986 and served on the President's Advisory Committee for Women.

She graduated from the University of Texas at Austin and dated actor George Hamilton.

After John Eisenhower died in December 2013, she became the oldest living child of a U.S. President.

She is the first of two daughters born to former U.S. President Lyndon B. Johnson.

Lynda Bird Johnson Robb Is A Member Of