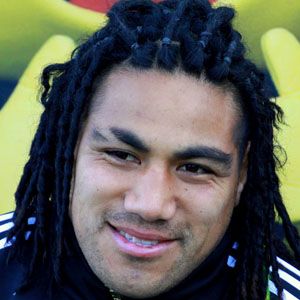 Versatile rugby player who competed for the New Zealand Sevens from 2002 to 2004; played for the Hurricanes in Super Rugby from 2003 to 2011.

He attended Rongotai College in Wellington.

He became known for his blonde-streaked dreadlocks and for wearing eyeliner on the field.

He and Englishman Jeremy Guscott both played for the Wellington Lions.

Ma'a Nonu Is A Member Of