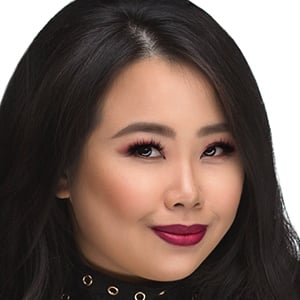 Hmong singer who gained an audience by sharing original songs and covers of popular English songs on her self-titled YouTube channel. Since she began posting videos in 2012, she has earned more than 70,000 subscribers.

Growing up in a musical family, she would often burst into song with her siblings or act out scenes from movies together. Her father is a multi-instrumentalist skilled in numerous Hmong instruments. Her mother is a talented singer and a talented poet. Her siblings are also quite musical.

In 2016, she released the album Sij Hawm to iTunes.

She immigrated to the United States with her family at only six months old. She was one in a family of eleven and grew up farming in La Crosse, Wisconsin.

In July 2016, she released the single and music video "Rov Pom Koj Dua," which featured rapper and singer David Yang.

Maa Vue Is A Member Of