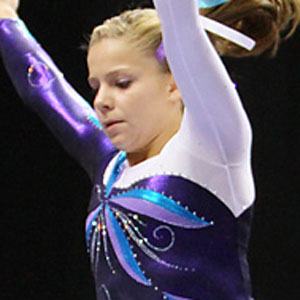 Elite artistic gymnast who has taken home the silver medal at the World Artistic Gymnastics Championships as well as the Visa Championships. She competed at the NCAA level for the Florida Gators.

She was born in Naperville, Illinois and first competed at the elite level at the U.S. National Championships in 2007.

She specializes in the uneven bars, the event in which she has had the greatest success.

Her sister, Bridgette, also competed on the U.S. National Team.

She came in fourth at the 2011 U.S. Visa National Championships behind McKayla Moroney, who went viral for her unimpressed expression upon winning silver at the 2012 Olympic Games.

Mackenzie Caquatto Is A Member Of