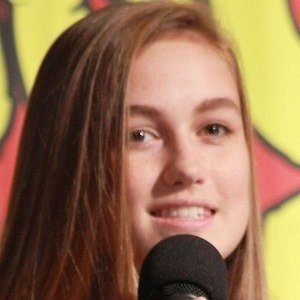 Child actress who was introduced to audiences as Sophia Peletier in the hit AMC series The Walking Dead.

She started doing television commercial around the age of six.

She had supporting roles in the 2012 films Parental Guidance and After.

She has three siblings, Matthew, Mackenzie and Macsen. Her mother is actress Kelly Collins Lintz.

She had a small role opposite Andrew Lincoln in The Walking Dead.

Madison Lintz Is A Member Of