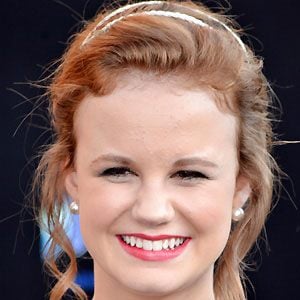 Red-headed teen who won over international audiences with her role as Tribute Girl District 8 in The Hunger Games.

She earned her first recurring role as Norrie Calvert-Hill on Under the Dome.

She is the older sister of Madison, Matthew and Macsen Lintz. Her mother is actress Kelly Collins Lintz.

She had a supporting role with Jennifer Lawrence on her first role in The Hunger Games.

Mackenzie Lintz Is A Member Of