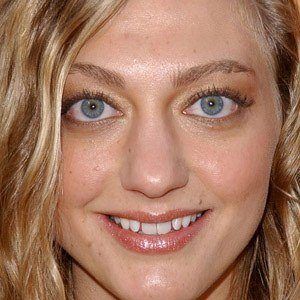 Best known for her role as Glynis Figliola on the television series Joan of Arcadia.

Her father was a psychiatrist in the U.S. Army and her mother was an Army physical therapist.

She appeared in Christina Aguilera's music video for her song "Beautiful."

Mageina Tovah Is A Member Of