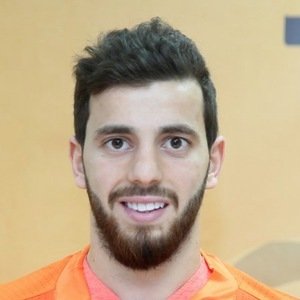 Winger and attacking midfielder who debuted as a member of the Syrian national squad in 2012. He is also known for his years with such Middle Eastern clubs as Al-Karamah SC, Al-Arabi SC and  Umm Salal SC.

He made his youth debut with Ommal Hama when he was just four years old.

He was the top goalscorer in Kuwait Crown Cup for the 2013-14 season.

He was born in Hama, Syria.

He has played alongside striker Yannick Sagbo on Umm Salal.

Mahmoud Al-Mawas Is A Member Of