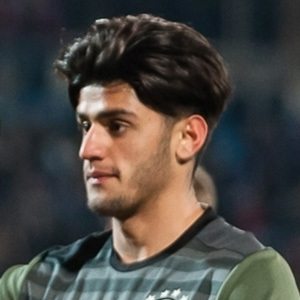 He first started his youth career training in the SC Germania Reusrath academy. He then went on to play for Fortuna Dusseldorf but started his senior career in 2014 when he joined the Borussia Monchengladbach club. That same year he started playing on the Germany Under 18 national team.

He is known for having won the UEFA European Under 21 Championships as part of Germany's youth national team during the 2017 season.

While he was born in Amuda, Syria, he left for Germany with his family in 1996 where he was raised.

He made his senior club debut in August of 2014 when he replaced Christoph Kramer in the 55th minute of the match.

Mahmoud Dahoud Is A Member Of