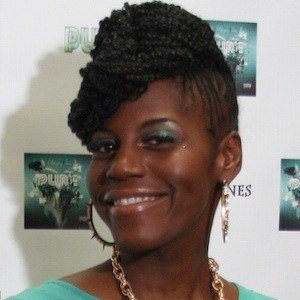 American rapper who became a star through her performances on BET's 106 & Park Freestyle Fridays. As a recording artist, she has released albums like 2008's Morphed and 2014's Pure. Vol. 1.

She moved between New York, California and Michigan as a child.

In 2001, she became the first four-time undefeated champion on Freestyle Fridays.

She and Hollow da Don are both Freestyle Fridays champions.

Mahogany Jones Is A Member Of