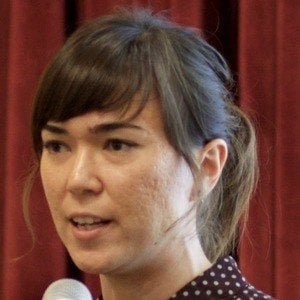 Activist, artist, and writer who works in public policy and blogs about her personal experiences. She created her own blog, which details her excursions fighting laws, agreements and other global initiatives, explaining to readers how these issues affect the world.

Prior to creating her blog, she worked as a campaign organizer for Shareable. She has also worked as a global policy analyst for the Electronic Frontier Foundation designing and leading international campaigns. Her work has also been featured in the Huffington Post.

She considers herself an in-the-closet artist, spending her free time doing creative writing, drawing, and painting. Her other hobbies include rock climbing, hip hop dance classes, and reading.

She is originally from Los Angeles and she attended Mayfield Senior School in Pasadena, California. She has also lived in San Francisco.

She has blogged about the presidential debate and often times shares her views about opponents Donald Trump and Bernie Sanders.

Maira Sutton Is A Member Of