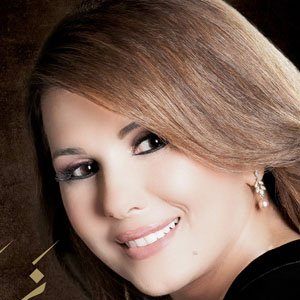 Lebanese soprano who won the gold medal for best female singer on the talent show Studio El Fan when she was sixteen years old.

She was born in Tyre, Lebanon.

She became one of the most successful singers of the Arab world, as well as a UN Goodwill Ambassador.

She married Antoine Dfouni in 1977 and they had two daughters.

She and Myriam Fares both sang on the show Studio El Fan.

Majida El Roumi Is A Member Of