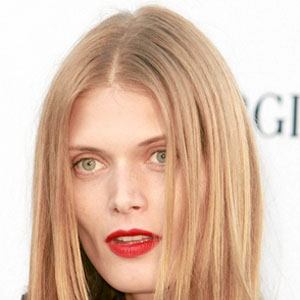 Known for her work for such major fashion labels as Versace, Louis Vuitton, and Donna Karan, this Eastern European model also had a career as a screen actress, starring in a Polish film titled Stranger.

In the late 1990s, she was a cover model for both the French and Italian versions of Vogue.

She acted in a Polish television miniseries based on the life of Pope John Paul II.

She was born Malgorzata Bela in Krakow, Poland. She later gave birth to a son named Jozef.

Malgosia Bela Is A Member Of