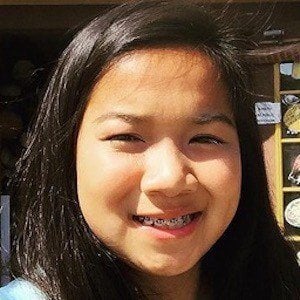 She began dance training when she was four years old and previously competed for Rage Entertainment Complex, helping them win multiple titles.

She was a guest in the TV series documentary Teens Wanna Know in 2013. She was featured in the Fifth Harmony music video of "Anything is Possible."

She was born in San Jose and would later live in Los Angeles, CA. She has a sister and a brother named Justyn.

She has worked with a number of notable choreographers, including Lane Napper, Will Adams, and Tricia Miranda.

Malia Tinay Is A Member Of