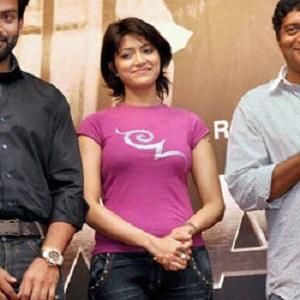 Bahrain-born actress known for her roles in such Indian Malayalam films as Arike, My Boss, Passenger, and Kadha Thudarunnu. Her multiple honors include two Filmfare Awards and several Asianet Most Popular Actress Awards.

After graduating from Mount Carmel College Bangalore, she worked as a print model.

She was born in Bahrain and raised in India. She was married to Prajith Padmanabhan from 2011 until 2012.

She and Benny Dayal sang a duet version of "Idai Vazh."

Mamta Mohandas Is A Member Of