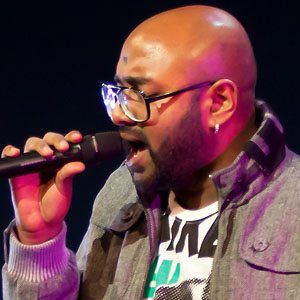 Indie pop playback singer who is best known for performing with the pop band S5.

He studied at the Madras Christian College and Abu Dhabi Indian School.

His songs have been used in over forty Hindi and Tamil films between 2007 and 2012.

He was raised by his parents in Kollam, Kerala in India.

Benny Dayal Is A Member Of