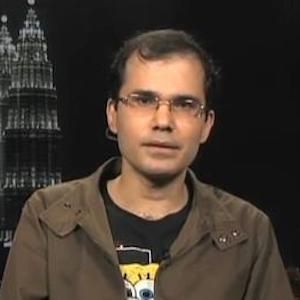 Cartoonist and comic book creator who became a controversial figure for his politically-charged work in outlets like Radio Zamaneh and IranWire. He came to national prominence for his cartoons commenting on the 2009 Iranian presidential election.

He earned a Master's degree in Architecture from the University of Tehran.

He fled to France after being arrested for his now-infamous "cockroach" cartoon, which some interpreted as being offensive to Iranian Azerbaijanis.

He is the son of famous poet Manouchehr Neyestani. His brother, Touka Neyestani, is also a political cartoonist.

He has been critical of former Iranian President Mahmoud Ahmadinejad in his work.

Mana Neyestani Is A Member Of