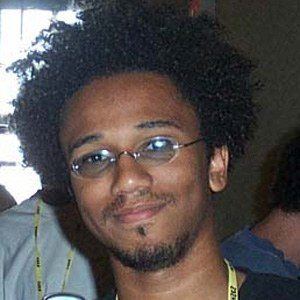 Sketched his way to stardom by drawing and writing The Boondocks. He regularly targeted black celebrities including: Condoleezza Rice, Whitney Houston, Bill Cosby, and Vivica A. Fox.

He worked as a DJ on the Soul Controllers Mix Show on WMUC.

He, along with Rep. Barbara Lee, visited Fidel Castro in Cuba.

He moved to Columbia, Maryland at the age of six with his parents and his older brother.

He acted as a screenwriter on the film Red Tails, which was produced by George Lucas.

Aaron McGruder Is A Member Of