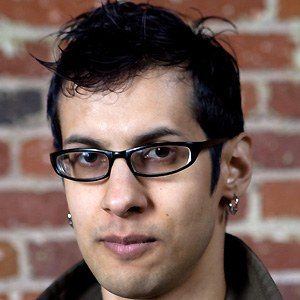 Cartoonist and writer who created Nickelodeon's Invader Zim, Johnny the Homicidal Maniac, Squee! and I Feel Sick. He received an Eisner Award nomination for his work on Squee!

He received an Eisner Award nomination for Best New Series and Best Humor Publication for Squeel.

He performed as a voice actor alongside Mo Collins in the animated series Invader Zim.

Jhonen Vasquez Is A Member Of