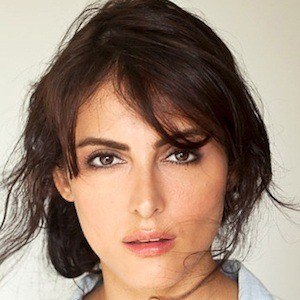 Actress, model, and reality show personality notable for her leading role in the Bollywood film Bhaag Johnny before appearing on Bigg Boss 9 where she finished as the second runner-up.

She was an air hostess, but would quit that job to pursue a modeling career.

She made a cameo appearance in the film Roy.

She was born into an Islamic family with her father Reza Karimi being Indian and her mother Saba Karimi being Iranian. She was dating model Lalit Tehlan.

She has done commercials alongside Saif Ali Khan, Shahid Kapoor and other notable actors.

Mandana Karimi Is A Member Of