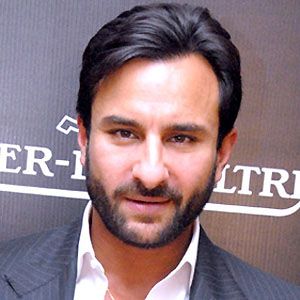 He attended school in Indian and the UK, eventually graduating from Winchester College. His role in Aashlq Awara, which occurred early in his career, earned him the 1993 Filmfare Best Male Debut Award.

His father is former cricket captain Mansoor Ali Khan Pataudi. He married actress Amrita Singh in 1991 and after their divorce, married actress Kareena Kapoor in 2012. With his first wife, he had a son named Ibrahim and a daughter named Sara.

He co-starred in the 2004 romantic comedy Hum Tum with Rani Mukerji.