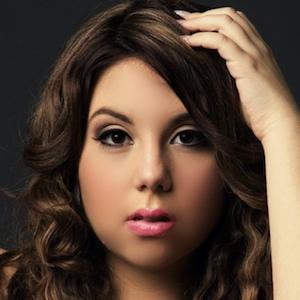 She decided when she was eight that she would be a singer and proceeded to build a North American following via social media.

She was influenced early on by Mariah Carey, Christina Aguilera, Beyoncé, Whitney Houston, and Celine Dion.

She was hesitant to write her own music, but her family urged her to give it a shot. She worked for three years developing her style and approach before revealing any of her material to the public.

Her second single "One Last Time" was written by James Fauntleroy, who had collaborated with Beyoncé, Justin Timberlake, and Rihanna.

Mandia Nantsios Is A Member Of