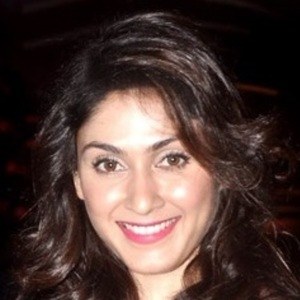 Indian actress, model, and singer who's known for her work in Hindi, Telugu, Bengali, Tamil, Kannada, Malayalam, and Marathi films. Her most notable role is Meghna in the 2008 film Jaane Tu... Ya Jaane Na. She also appeared in Faltu, Zokkomon, and Grand Masti.

She competed in the second season of the singing competition show Popstars in 2003.

She won the 2009 Stardust Award for Breakthrough Performance.

Her parents are Ruchi Fadnis and Bharat Kumar Fadnis.

She starred alongside Harshvardhan Rane in the 2016 short film Khamakha.

Manjari Fadnnis Is A Member Of