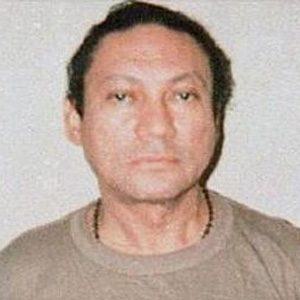 Served as military dictator of Panama from 1983 to 1989. He was removed from office by the United States and he went on to spend nearly 30 years in U.S. prisons after being charged with drug trafficking, racketeering and money laundering.

He attended Chorrillos Military School in Peru on a scholarship.

He became a lieutenant colonel of Omar Torrijo's army in the late 1960s.

He had three children, Thays, Lorena and Sandra, with Felicidad Sieiro de Noriega.

He was captured in 1989 under the orders of President George H.W. Bush.

Manuel Noriega Is A Member Of