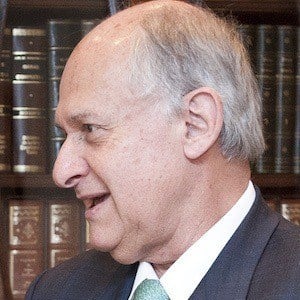 Colombian pathology and immunology expert who attempted to create a synthetic vaccine for the prevention of malaria.

He earned his medical degree from the National University of Colombia and his PhD from Rockefeller University.

His vaccine was shown to be mostly ineffective in Asia and Africa, but slightly useful in preventing malaria in South America.

He grew up in Ataco, Tolima, Colombia. He later worked for a Colombian hospital system called the Hospital San Juan de Dios.

He and entomologist Raymond St. Leger both conducted preventative and/or curative research on malaria.

Manuel Elkin Patarroyo Is A Member Of