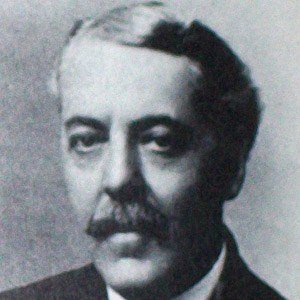 Founder of Eli Lilly and Company, the first pharmaceutical organization to mass-produce penicillin. His chain of pharmacies eventually sold products in over one hundred countries.

He enlisted in the Union Army during the Civil War, eventually rising to the rank of Colonel and commanding a cavalry unit.

He pioneered the idea of drug prescriptions and was one of the first pharmacists to only give addictive or dangerous medications to people who had first consulted with a physician.

After his death, his son Josiah inherited his pharmaceutical company.

He helped bring Jonas Salk's polio vaccine to the masses.

Eli Lilly Is A Member Of