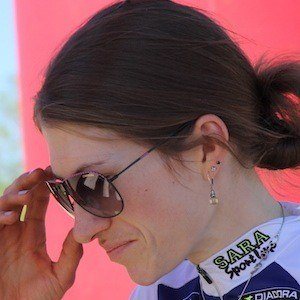 Professional cyclist for the Wiggle High5 team who rose to fame after becoming the first ever American to win the Giro Donne Grand Tour of women's bicycle racing. She also placed fifth in the USA National Championship Women's Road Race.

She graduated from Whitman with a degree in economics. She was a competitive swimmer for Whitman College before taking up cycling. She won two straight National College Cycling Association Division II championships.

She won back to back championships in the Mount Evans Hill Climb in 2005 and 2006.

She was born and raised in Boulder, Colorado.

She beat out former champions Kristin Armstrong and Amber Neben in the National Cycling Championships in 2007.

Mara Abbott Is A Member Of