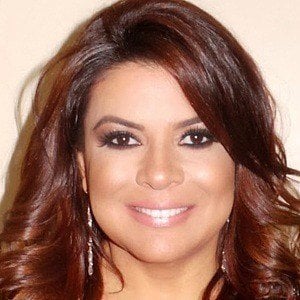 Actress and singer perhaps most well known for her role in As Aventuras de Sergio Mallandro. She would later become a reporter for Viva a Noite and host Show Maravilha. Since her career as a child star, she has become a presenter on Fofocando and Fofocalizando.

A performer from an early age, she began competing on contests at six and, by eight, had joined a local edition of the Mickey Mouse Club.

In 2015, she competed on the eighth season of the reality show A Fazenda.

Her mother, Marileide Félix Silva, was only fifteen when she was born. She is the eldest daughter of eleven siblings.

Both she and Rayanne Morais competed on the eighth series of A Fazenda.

Mara Maravilha Is A Member Of