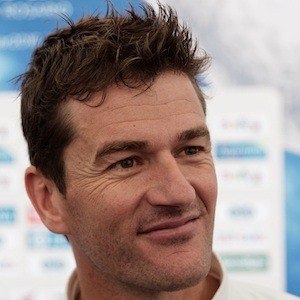 Spanish motorcycle rider who is best known for his rally racing.

He began his professional career as an enduro rider. He then joined the enduro Spanish national team. In 2002, he made his debut in Dakar Rally and steadily competed in the following years.

He was born and raised in Avià, Barcelona.

As a professional motorcycle rider from Spain, he competes alongside Marc Marquez and Jorge Lorenzo.

Marc Coma Is A Member Of