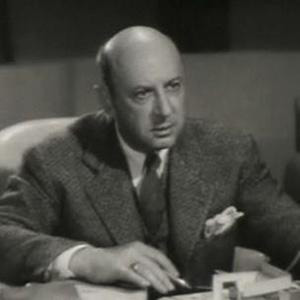 Journalist and Pulitzer-Prize-winning playwright who wrote The Green Pastures and Tall Story. He was also a member of the Algonquin Round Table.

He began writing plays at age five, and later became a journalist for the Pittsburgh Sun-Telegraph.

His play The Green Pastures was the first act to hit the stage with an all-African-American cast.

His father was hotelier and actor Patrick Connelly, and his mother was actress Mabel Cook.

Connelly and Dorothy Parker were both part of a New York City intellectual club called the Algonquin Round Table.

Marc Connelly Is A Member Of