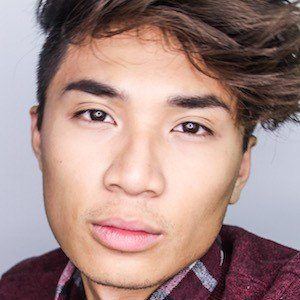 British-Filipino makeup artist and drag performer also known as "The Prince of Vanity" who came to prominence as a finalist to become the U.K. Ambassador for RuPaul's Drag Race in 2015. His popular YouTube channel includes makeup transformations inspired by celebrities like Nicki Minaj, Beyonce Knowles and Kim Kardashian.

He began experimenting with his mother's makeup at age 13 and studied media makeup and special effects at Bradford College.

His makeup skills earned him a write-up on the U.K. website Mirror in June 2015.

He posted a makeup tutorial inspired by pop star Pia Mia in September 2015.

Marc Zapanta Is A Member Of