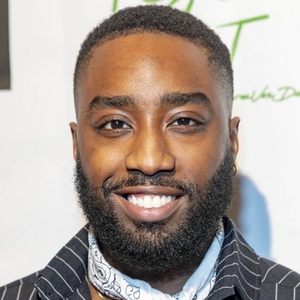 Movie actor known for playing Tupac Shakur in the 2015 film Straight Outta Compton. He created the urban clothing line Controversial Treatment, which has been worn by Iggy Azalea, Zendaya, and more.

He spent a lot of his later teen years being stopped on the street because of his uncanny resemblance to Tupac. When he heard about Straight Outta Compton, he was already in the process of moving from Brooklyn, New York, to Los Angeles because of his clothing line. He immediately sent in a headshot to the casting agents.

Both he was attached to another Tupac biopic in early 2015, but broke ties with the production after they found out that there were life rights issues involving Tupac's mother Afeni Shakur.

His mother was a teenager when she had him and his older brother Justin. She is of Trinidadian heritage, while his father was from Guyana. He was raised in Brooklyn and Atlanta by his mother and stepfather in a middle class household. He has a total of six siblings.

After Straight Outta Compton's release rumors began flying that he would portray Tupac in director John Singleton's biopic as well.

Marcc Rose Is A Member Of