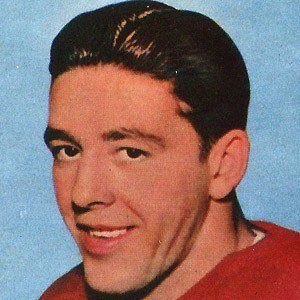 Former NHL defenceman who won four Stanley Cups with the Detroit Red Wings and one with the Toronto Maple Leafs. He was inducted into the Hockey Hall of Fame in 1978.

He was a cross-country skier before turning to hockey.

He is one of twelve children born to Juliette and Leo Pronovost.

He played with Red Kelly as a member of the Red Wings.

Marcel Pronovost Is A Member Of