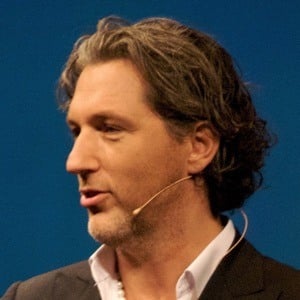 Interior designer and art director who is known for founding his own design studio under his name in Amsterdam. His designs have been supported and bought by several international museums including Centre Pompidou in France and the Museum of Modern Art in New York.

He graduated from the Hogeschool voor de Kunsten Institute of the Arts Arnhem in 1988. In 2000, he opened his own studio in Amsterdam. In 2001, he co-founded the design label Moooi. He then earned international recognition after working with several major brands such as Alessi, Hyatt, and Louis Vuitton.

He is most recognized for his Knotted Chair which was first debuted in 1996. He has won several awards and honors for his design work including the Rotterdam Design Prize and the Kho Liang le Prize.

He was born and raised in Boxtel, Netherlands.

Marcel Wanders Is A Member Of