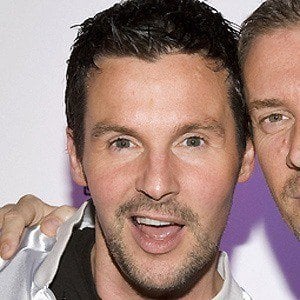 His first show was The Million Pound Property Experiment, which aired on the BBC in 2003.

He and Justin both competed on reality shows like I'm a Celebrity...Get Me out of Here! and Celebrity MasterChef.

After 23 years together, he and Justin had a civil partnership ceremony in 2008 and renewed their vows in 2010 on their 25th anniversary.

Jeff Lewis is another well-known interior designer with his own television show.

Colin McAllister Is A Member Of