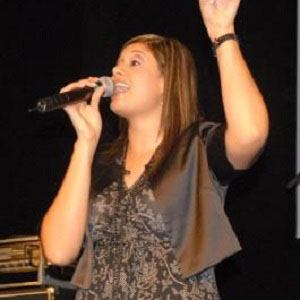 Mexican Christian music singer who has earned acclaim for albums like 2006's Mas Que Un Anhelo and 2009's El Mismo Cielo. The latter won the AMCL Award for Album of the Year and its title track was named Pop/Contemporary Song of the Year.

She was born in Chihuahua, Mexico and dedicated herself to Christian music at age eighteen after entering a biblical seminar.

She met popular Christian music singer, composer and author Jesus Adrian Romero at her own congregation.

She married Bryce Manderfield in 2012. The couple has a daughter.

She and Kari Jobe are both well-known singers of Christian music.

Marcela Gandara Is A Member Of