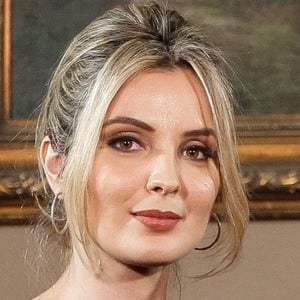 First Lady of Brazil as of August 2016. She married Michel Temer in 2003, who later became President in 2016. They met at the Brazilian Democratic Movement Party in 2002.

She won Miss Paulínia in 2002 and moved on to share the title of Miss São Paulo.

She received a law degree from Fadisp in 2009.

She has an Uncle Geraldo.

She and Serita Jakes have both been First Lady's in their lifetimes.

Marcela Temer Is A Member Of