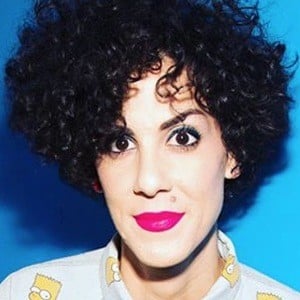 Standup comedian and sketch artist who made her national television debut on Last Call with Carson Daly. She has also been featured on known comedy outlets such as Comedy Central, Viceland's Flophouse, The Nerdiest Podcast, Funny or Die and The Don Geronimo Show.

She originally went to school to become an elementary teacher before deciding to move to Los Angeles to pursue a career in comedy.

She won the Modesto Area Music Award (MAMA) for Best Comedian in 2009 as well as was named one of TIME.com's Brightest Young Things.

She grew up in school theater at Johansen High School in California and was always known as the class clown.

She has opened for the likes of Hannibal Buress, Ron Funches, and David Alan Grier.

Marcella Arguello Is A Member Of