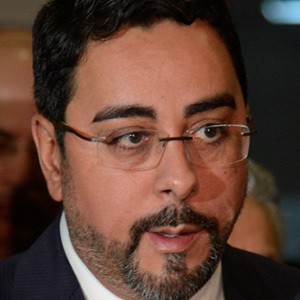 He graduated from the Faculty of Law at the Federal University of Rio de Janeiro. He started his career as a federal judge in 1997 when he joined the 2nd region court. He gained attention in 2015 when he became involved in the Lava Jato's investigation in Curitiba.

He is also known for having authorized Operation Expected Invoice in April of 2017 which was intended to investigate several frauds in bids for the National Institute of Traumatology and Orthopedics.

He was born in Nilopolis in Baixada Fluminense and was raised in Queimados. He married Simone de Fatima Dinis Bretas who also served as a Federal Judge. Together they have two children.

He is known for having ordered the pre-trial detention of former President Michel Temer for his involvement in Operation Lava Jato in March of 2019.

Marcelo Bretas Is A Member Of