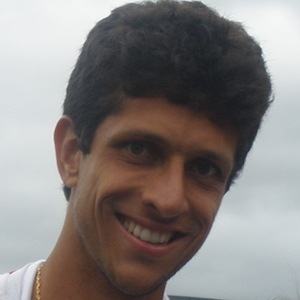 Brazilian tennis player known for his success in doubles play. He won his first grand slam in 2015 when he won the French Open with Ivan Dodig.

He entered doubles play in 2007 and played almost exclusively with fellow Brazilian Andre Sá until 2009.

He became the first Brazilian to be ranked number one in the world after winning a tournament with Lukasz Kubot in October of 2015. He officially took over the top spot on November 2nd.

His older brother is Daniel Melo, who played professional tennis from 1997 to 2006.

After losing his first four matches against them, Melo finally beat the legendary Bryan brothers, Mike and Bob, in 2015 to claim the French Open.

Marcelo Melo Is A Member Of