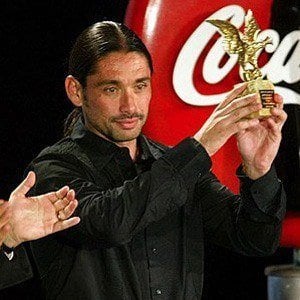 Former World No. 1 tennis player who in 1999 became the first Latin American to reach No. 1 in the ATP singles rankings.

He started playing tennis at age 11 at the Vitacura Sport Frances golf club.

He won 18 singles titles and one doubles title over the course of his career.

He played against Andre Agassi in the 1998 Grand Slam Cup.

Marcelo Rios Is A Member Of