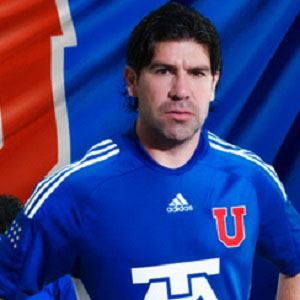 One of Chile's most renowned strikers, he won a UEFA Cup Winners' Cup and a European Super Cup with Lazio. He was a member of the Chilean national team from 1994 to 2007.

He played for the Deportes Temuco youth team before joining the Universidad de Chile in 1991.

He scored 4 goals in 4 matches while representing Chile in the 1998 World Cup.

His father took him to Santiago, Chile to play for Universidad de Chile as a youngster.

He played for an Argentine team despite being Chilean, a move criticized by the great Argentine Diego Maradona.

Marcelo Salas Is A Member Of