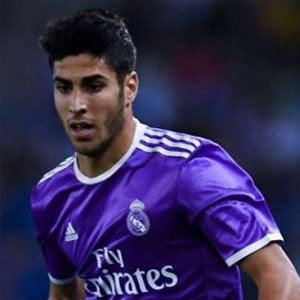 Professional soccer player who started his senior career with Mallorca B and, in 2014, began playing for Real Madrid. He became wildly popular on social media as he has amassed over 2.1 million Twitter followers and over 12 million followers on Instagram.

He played his entire youth career in Mallorca. He was moved up to their senior team while he was still a junior.

He played on the 2016 winning team in the UEFA Super Cup. He scored one of the three goals that led the team to victory. He debuted with the Spanish National Soccer Team in May 2016.

His full name is Marco Asensio Willemsen. He grew up alongside his brother Igor. He has been in a relationship with Sandra Garal.

His teammate Daniel Carvajal scored the winning goal in the UEFA Super Cup.

Marco Asensio Is A Member Of