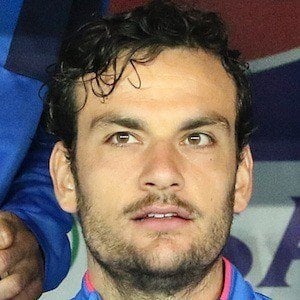 Midfielder who joined Parma in 2012 after previously playing for Cesena, Verona and Foligno. He became a member of the Italian national team in 2011.

He debuted professionally for Como in 2004.

He spent his youth career with A.S.C.D. Torino Club, the G.S. Soccer Boys and Como.

He was born in Gallarate, Italy.

He and striker Mario Balotelli became teammates on the Italian national team.

Marco Parolo Is A Member Of