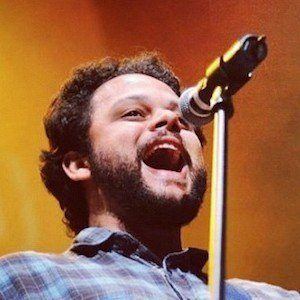 Singer and multi-instrumentalist best known as the former leader of the Brazilian Christian rock act Palavrantiga. After leaving the band in 2014, he released the solo single "Biquíni de Natal" and a pair of 2016 solo albums called Eu Sarau - Parte 1 and  Eu Sarau - Parte 2.

He got his start as the guitarist in the backing band of singer Heloisa Rosa.

He has written songs for singer Lorena Chaves and performed with her as part of the 1palco2shows tour.

He married a woman named Débora and has children named Isobel and Joaquim.

He and John Cooper have both sung for popular Christian rock bands.

Marcos Almeida Is A Member Of