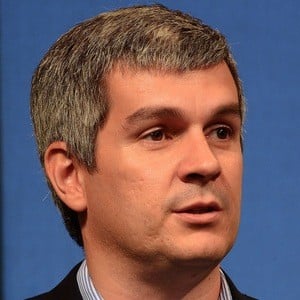 Argentine politician who is best known for his position as Chief of the Cabinet of Ministers of Argentina. He is also known for being one of the main advisers of the Republican Proposal.

He graduated from the Torcuato di Tella University in political science. He was first elected Legislator for the Buenos Aires City in 2003. He was later designated General Secretary of Buenos Aires. He was then elected Chief of the Cabinet of Ministers in 2015.

He is also known for sharing photos of his meetings with different political powers, traveling shots from different destinations, and a range of lifestyle content for his over 60,000 Instagram followers.

In 2002, he married journalist Luciana Mantero and together they have two children.

He was appointed by President Mauricio Macri to his cabinet position in December of 2015.

Marcos Peña Is A Member Of